Note: For JA3 Early Dialogues, please go to this link.

On 17 September 2021, HaDEA signed the Service Contract for the Provision of Joint Health Technology Assessment (HTA) Work Supporting the Continuation of EU Cooperation on HTA. The contract will run for 24 months, and until 16 September 2023.

EUnetHTA 21 work will build on the achievements and lessons learned from the EUnetHTA Joint Actions and focus on supporting a future EU HTA system under the HTA Regulation.

More information on this service contract and on the activities that will be implemented will be available here on the EUnetHTA website.

Since July 2017, EUnetHTA and the European Medicines Agency (EMA) have offered Parallel EMA/EUnetHTA 21 JSC on evidence generation plans. Parallel Consultations aim to allow medicine developers to obtain feedback from regulators and health technology assessment (HTA) bodies on their development plans to support decision-making on marketing authorisation, health technology assessment, and reimbursement of new medicines at the same time. The objective is to help generate optimal and robust evidence that satisfies the needs of both regulators and HTA bodies.

It also builds on previous initiatives and pilots on HTA-regulatory collaboration led by EMA, EUnetHTA 21 and the European Commission. These include the pilot on regulatory-HTA parallel advice, EUnetHTA 21’s early dialogue initiative, the SEED project financed by the European Commission, and joint research on levels of alignment between regulators and HTAs in parallel advice.

The procedure is a single gateway for Parallel EMA/EUnetHTA 21 JSC with EMA and HTA bodies on their evidence-generation plans.

The main benefits of the Parallel EMA/EUnetHTA 21 JSC procedure include:

Patients/Patient representatives and healthcare professionals also participate in the Parallel EMA/EUnetHTA 21 JSC procedure on a routine basis so that their views and experiences are incorporated into discussions.

EMA’s scope and the fees charged for this procedure are the same as for standard scientific advice. For more information, see fees payable to EMA.

EMA and EUnetHTA 21 provide common templates which medicine developers should use to provide information and questions as part of the procedure. The guidance document is currently updated and will be published shortly.

All requests for EUnetHTA 21 participation in a Parallel EMA/EUnetHTA 21 JSC must be made during a EUnetHTA 21 Open Call for JSC requests.

For information on the participation of HTA bodies, please contact the EUnetHTA 21 JSC Secretariat.

For information regarding the regulatory aspects, please contact the EMA scientific advice Secretariat.

For more information on JSC, please follow this link. 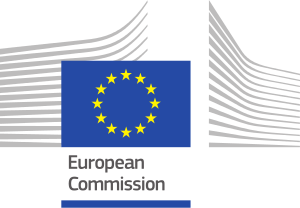